At this point we will inform you in the short term about the other planned exhibitions.

For art lovers, one of the city’s leading galleries teamed up with HIMS Academy Germany for a weekend of contemporary art and traditional  European classical music in January 2023. On view were works by artists Rajesh Wankhade and Smita Kinkale – both of whom break with conventional structures, including notions of time and space, to evoke parallels in perspective from the viewer. Curated by Sanjana Shah, creative director, the show opened as part of Mumbai Gallery Weekend 2023. This will be accompanied by a concert by the Tilia Quartet of the Staatskapelle Berlin on January 14 at 6:00 pm in the gallery space, which was very enthusiastically received by the large audience. 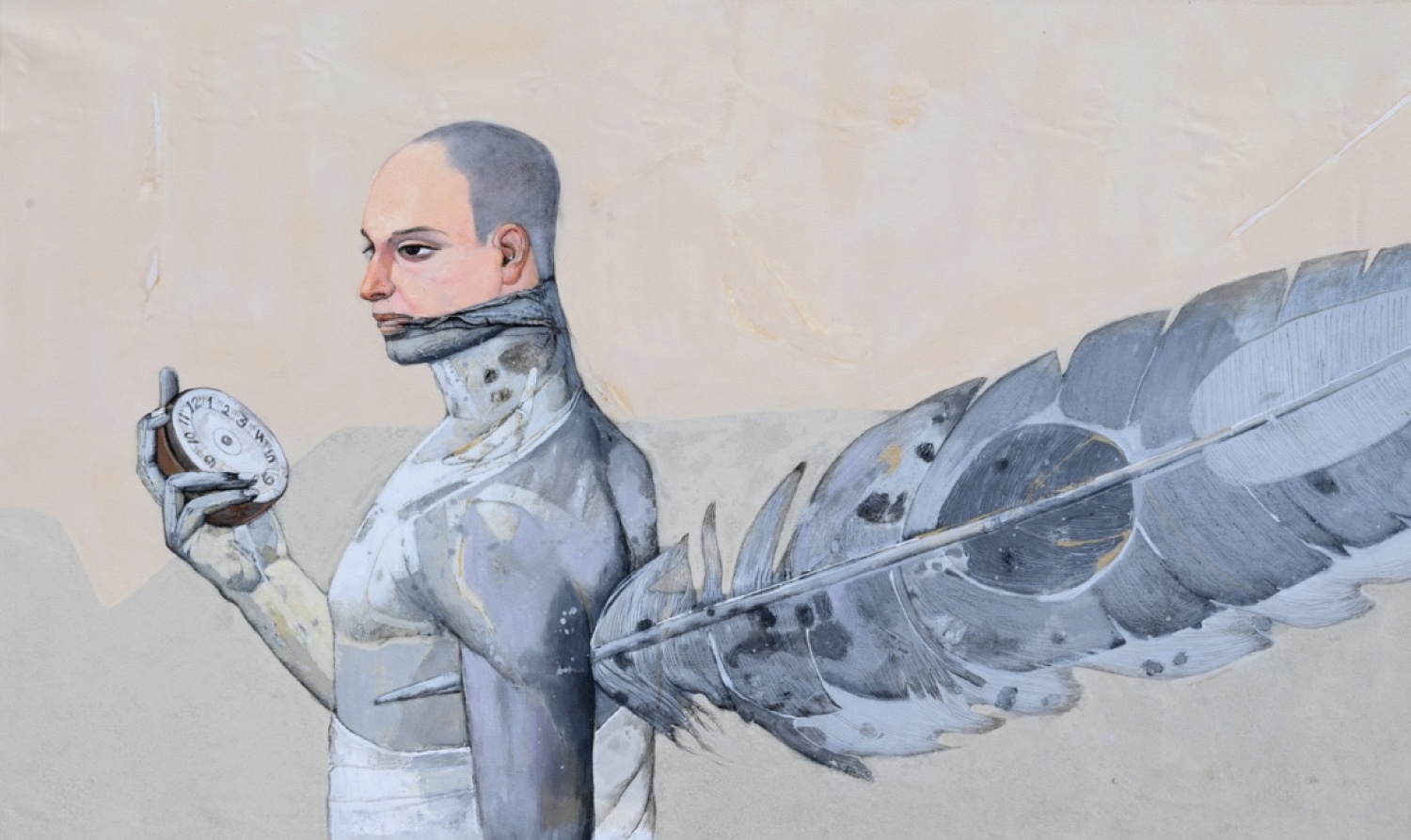 In the rooms of the North Tower, the HIMS Academy has once again been showing internationally emerging and already successful artists. The exhibition featured artists from Pakistan, India and an international group of artists from London. The Garden Festival 2022 took place on the Pentecost weekend from Friday 3 June to Monday 6 June.

Muzzumil Ruheel from Pakistan was represented with calligraphic works. Many of his works can be found in important collections around the world.

Muzzumil is a visual artist. He writes fiction through his artworks based on the discourse that emerges from the core observation. The works that emerge are either a question, an analysis or a response to his research, findings and narratives. His practice is conceptual and usually moves between the fictional and the real, exploring different areas such as history, literature, language, cultural norms, beliefs, memories and philosophy. The artist lives in Karachi, Pakistan. Born in Lahore in 1985, he is a 2009 graduate of the School of Visual Arts, Beacon House National University (BNU). Muzzumil has been a faculty member of the Indus Valley School of Art and Architecture (Karachi), the School of Visual Arts, Beacon House National University (Lahore) and the Department of Visual Studies at the University of Karachi. Muzzumil has had exhibitions at home and abroad. His works are part of important public and private collections.

Rajesh Wankhade is a young emerging artist from India. With his unique style in colouring and expression of his paintings, he is a multiple art award winner.

Born in 1985, Rajesh Wankhade’s creative paintings depict the existential phenomena of society in an impersonal dialect informed by both an expressionist approach and a conscious artistic thought. Although the forms have a realistic anatomical proportion, the surreal physique of many figures is a synthetic narrative of his memory.

The dividing line between witnessing and reacting has hardly been recognised. -Rajesh Wankhade’s current artistic experiments consist of creating an image that de-conditions these signs of traditional, conventional and conditioned existence piece by piece. In this process, his intention is to develop and achieve a pure mind or nirvikar mann who is highly capable of seeing existence as it is and not as he/she thinks.  Rajesh has participated in numerous painting and printmaking workshops and group exhibitions and has won several prestigious awards. In 2019, he received the CIMA Infosys Special Award in Kolkata, India, and the Best Painting in Social Cause Award from the Bombay Art Society, Mumbai, India. Apart from national exhibitions, Rajesh got the fortunate opportunity to exhibit his artwork at Schloss Organstein in Diez, Germany in 2016, which propelled his career goal. Rajesh lives and works in Achalpur.

A selection of paintings on the theme of “Animalia & Graphics” by an international group of artists from London was on display.

Mischief of Ink is a new, international collective composed of 2020 illustration graduates from Middlesex University, London.  Their latest exhibition ‘Sehnsucht nach Waldeinsamkeit’ is a result of the members given the topic of nature and then being able to interpret it in their own way. The collective explores the solitary during the pandemic lockdown and its’ growth relationship with nature. The result is a diverse range of work with themes of love of your hometown, fantastical beasts and solitude that echo back to the wood. You can find more of their work at: https://mischiefofink.com/ 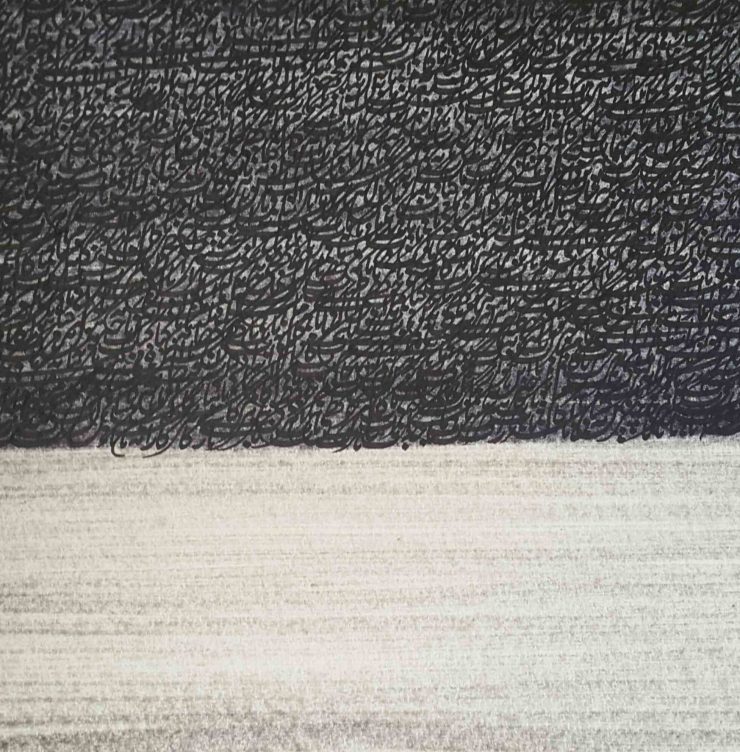 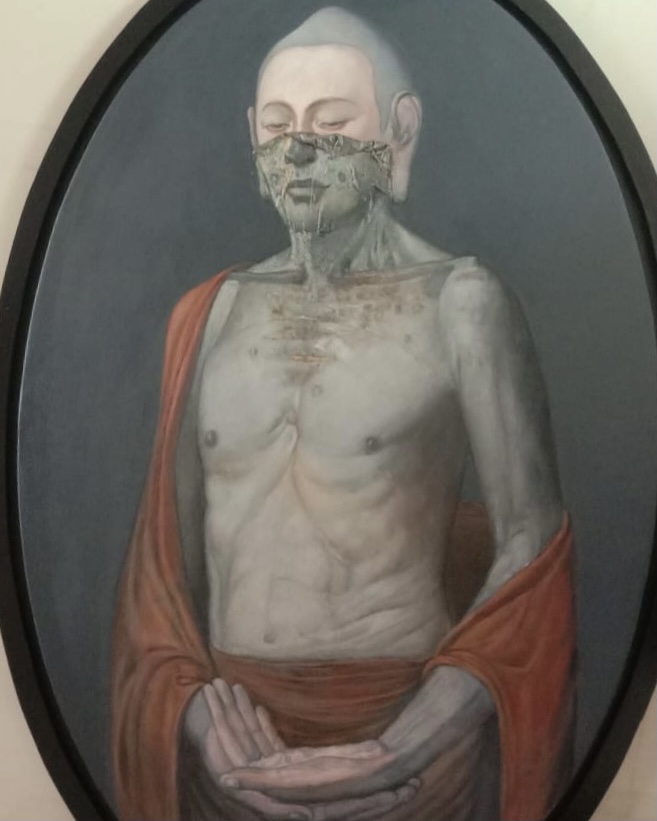 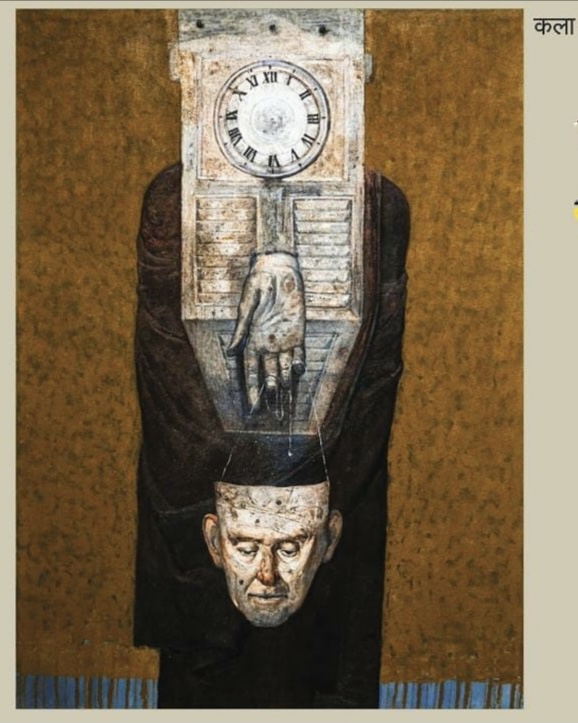 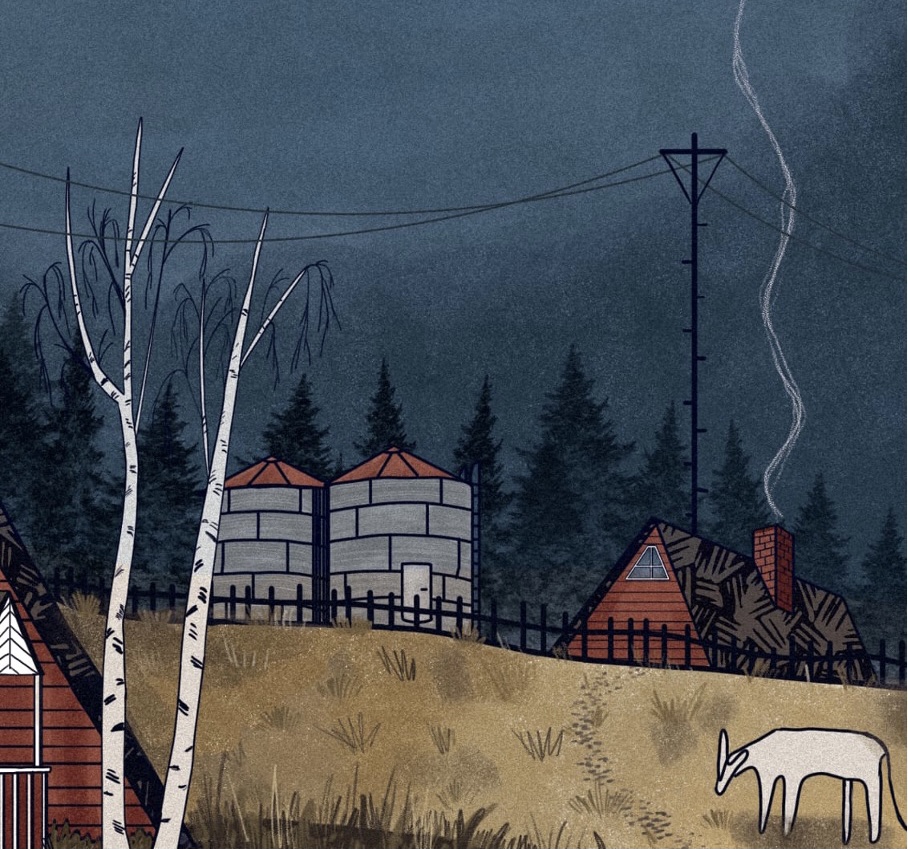 Further information under the following links:

From November 4-7, 2021, HIMS Academy showed a small selection of paintings by Ratnadeep Gopal Adivrekar, an acclaimed artist from India.

Ratnadeep, born in 1974, Mumbai India, has already exhibited all over the world and several times in Germany. His artworks have been placed in several prestigious private and public collections, nationally as well as internationally.

The artist works and lives between Mumbai, Dubai, and Berlin.

Ratnadeep’s series, “The Golden Ear,” is based on the German composer Richard Wagner and especially his epic opera, “The Ring of the Nibelung.” The works revolve around Ratnadeep’s philosophical interpretation, particularly connecting the Indian-global mythological context with contemporary times.

Wagner’s opera “The Ring,” written in 1874, is based on Germanic mythology and offers many opportunities for visual spectacle with its mermaids, winged horses, giants and dragons, magical flames and massive stage sets. Ratnadeep, who is the viewer in this case, reads this opera from his own socio-cultural perspective, drawing references to Indian culture, history, politics and ancient Indian philosophies.

[…] Ratnadeep retells the stories of this mythical adventure and karma. This juxtaposition of opera and art was done in close collaboration with the artist to bring out the relationships between his works, and in particular to emphasize the search for parallels between Wagner’s opera Der Ring and the Mahabharata. The cross-cultural blend is a step in that it transfers the visual sensuality of the artist’s indigenous experience with the popular Konkan dance-ritual drama “Dashavtar” into a dimension where bodily sensations are directly addressed spatially.