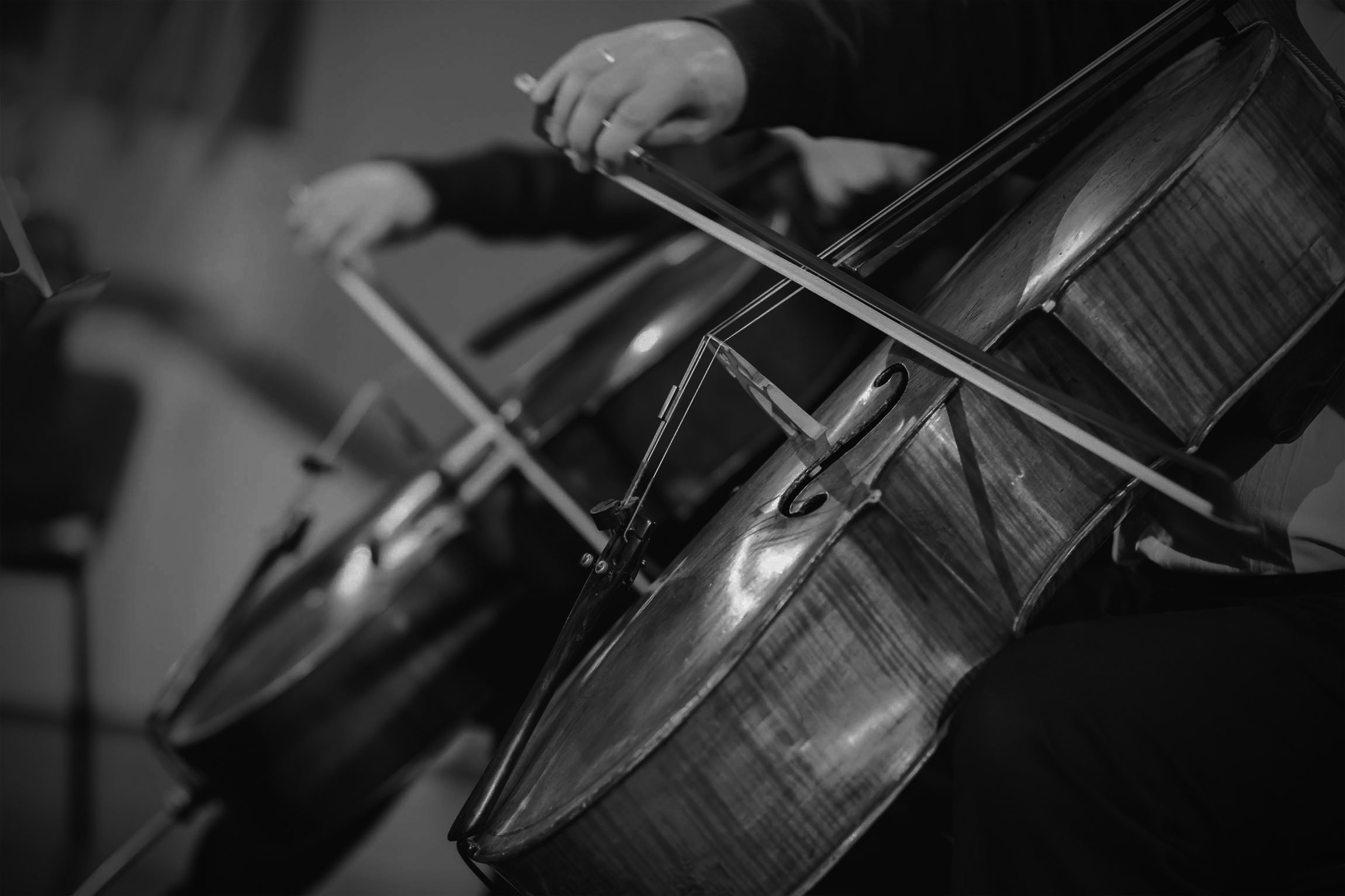 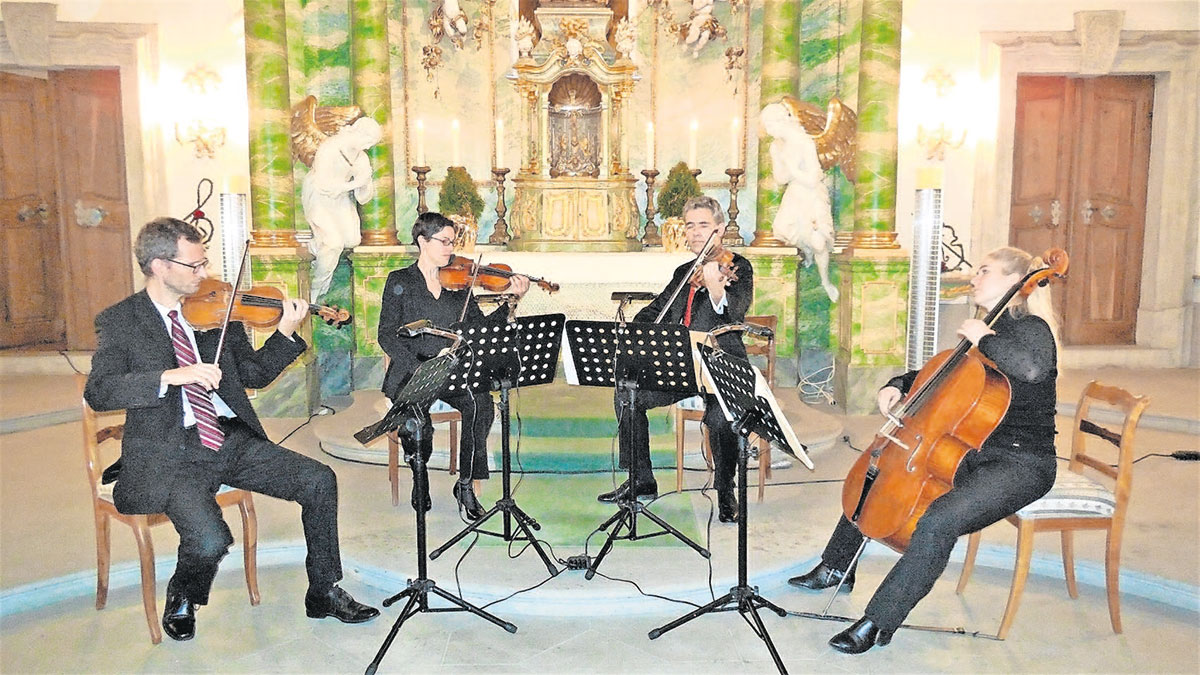 From the rows of the Berlin Staatsoper Unter den Linden came the musicians of the Tilia Quartet, which continued the HIMS Academy concert series launched in the summer. Photo: Paul

Tambach – The second concert of the HIMS Academy founded in the summer of 2019 at Hafenpreppach Castle could now of course not take place open air in the cool late autumn. Since the conversion of the Orangerie to the concert hall at the castle is just entering the final building permit phase, one sought and found adequate “replacement” in the Tambach Castle Church, which Count zu Ortenburg had made possible. Under the motto “From the salon to the concert hall”, one returned, so to speak, to the castle – in contrast to the 18th and 19th centuries, however, with an event for the public that was not reserved for the nobility alone.

With drinks and appetizers, the audience was able to linger in the castle chancel before the start of the concert, during the intermission or afterwards, to get in the mood for the concert or to let it linger.

The discreetly decorated church provided the perfect visual and acoustic setting for the “Tilia Quartet” from Berlin, which had music by Felix Mendelssohn-Bartholdy and Ludwig van Beethoven in its baggage. “Tilia” – the Latin word for “linden tree” gives the hint to the State Opera “Unter den Linden”, where the four are musically at home in the Staatskapelle.

As part of the 450th anniversary of the Staatskapelle, Henrik Stein, owner of Hafenpreppach Castle and initiator of the HIMS Academy, invited various ensembles from this orchestra to join him. After a mixed wind group in late summer, now a string quartet: Eva Römisch and Andreas Jentzsch violins (alternating as primarius), Wolfgang Hinzpeter, viola, and Johanna Helm violoncello. They thus continue, so to speak, the tradition of the “Möserschen Quartettabende”, which offered musical enjoyment at a high-level during Goethe’s time in Berlin. Emancipation in the Biedermeier era now also brought “normal” citizens into the position of being able to listen to works by the great classical and up-and-coming romantic masters that were still almost hot off the press at the time. In the spirit of Goethe, the Tilia Quartet presented two different, yet thematically quite related works by Mendelssohn and Beethoven as “dialogues of four reasonable people.”

The young Mendelssohn was enthralled by Beethoven’s quartets – in contrast to his father, who dismissed them as the works of a “fantasist” – and as an 18-year-old in 1827 wrote his disappointment over an unrequited love off his chest by having his own song “Ist es wahr” (“Is it true?”) quoted, which forms the beginning and end of the Quartet in A minor, Op. 13. In between, there is everything from a dramatic outburst to a beautifully fugal Adagio, a ravishing Intermezzo and a concluding Presto that one can imagine in the emotions of a disappointed young lover.

Beethoven’s Quartet op. 132 is a late work from 1825 – also in A minor – and contains in its center an expansive “Holy Thanksgiving Song of a Convalescent to the Deity”, which not only sings thanks to this deity, but also shows it once again all the turmoil and torment – typical Beethoven. The beginning of the piece shows, in addition to stern episodes, also lovely ones, which remind us of the “cheerful feelings upon arrival in the countryside” from Symphony No. 6. After the thanksgiving chorus in Lydian church key, an ironic march leads almost into the Romanticism of Brahms before the work ends with an Allegro appassionato.

Roaring, long-deserved applause in the fairly well-staffed church drew the four artists forward several times, but after such a cohesive program they wisely refrained from giving the audience a musical “treat” to take home.